It’s ‘sportlov’ week in Stockholm, which is essentially winter break for the school kids and is traditionally the sports holidays and most families go on their annual ski trip. Although the Masters students don’t officially have a winter holiday to look forward to, I can’t help but share in the excitement of the kids as I to prepare for my own winter holiday of sorts. In less than a week I will be trading in the homogenous urban landscape of Stockholm for the mountainous Puna grasslands of Peru. Here I will be ‘going back to school’ for a bit as I take a break from thesis writing and get my hands dirty as we go out into the field to collect data and conduct mini research projects with the PFTCourses team for their fifth Plant Functional traits course. Aside from getting to play in the mountains (all in the name of science) I’m also excited to meet the students and instructors from different countries and scientific backgrounds.

I am an ecologist by training and love seeing how everything fits together – the thing that gets me most excited though? How the microclimate affects the performance of plants and, if you really want to get me excited throw some biotic interactions into the mix. Both elements that have followed me throughout my Honours project in South Africa, a stint in the Sub-Antarctic and now for my Masters thesis in Sweden. Although this course isn’t specifically dealing with microclimates and biotic interactions it is dealing with the plant performance side of things. Specifically, using functional traits to aid in quantifying ‘performance’. Along with learning how to go out and record these functional traits (some of which I have never worked before) we will also be working on data management (something my scatter-brained self does not do well) and obviously writing up a small research project. I will count this trip as a ‘success’ if I can confidently measure traits other than SLA and LDMC and link them to bigger ecosystem processes (this means I would be confident in using them in my own research) and publishing a data paper will at least allow me to feel as if I’ve done some part in managing data so that it is in a publishable format.

It’s interesting one of the elements in this course is the application of traits-based in climate change research. Climate change is globally a bit of a hot topic and it will be interesting to see what public perception of it will be in Peru. Having grown up in South Africa and now living in Sweden it is interesting to see how not only the government but also the public view the issue of climate change. Sweden is very ‘climate conscious’ and the general public has really bought into the idea of ‘green living’, it’s even part of political campaigns and debates. Back home the picture is slightly different. I think most people would agree with you that the climate is changing (I mean we have had serious droughts and heatwaves the last few years) but I don’t think that people have realised that they can and should start taking action regarding their lifestyle.

I think if I had to put Peru on the same continuum, they would be closer to South Africa than Sweden. Although they may not have the strong dependence on agriculture (and thus ‘good’ weather) I am sure they will still feel the effects of changes in temperature/rainfall that affects crop production. The recent appearance of the rainbow mountains near Cuzco is another undeniable proof of the changing climate. Therefore, I think that the public probably doesn’t doubt that climate change is happening, but I do wonder how much they link it to human actions/activities or see themselves as ‘culprits’ when compared to countries such as the US or China.

All in all, I am excited for these next two weeks and look forward to putting some of these questions to bed during my stay and leaving Peru with a whole new set of tools in my toolbox and hopefully some new friends! And if all else fails at least I got to have my own ‘sportlov’ playing in the mountains. 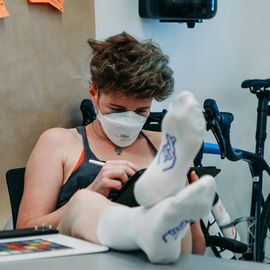 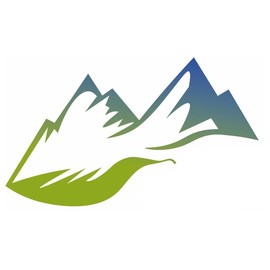